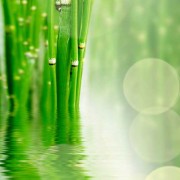 I bought a portable dynamically enhanced Structured Water unit about 5 months ago. I decided to follow Jim’s instruction that to get maximum therapeutic benefits I should structure all my drinking water 6 times – pour the water through 6 times. I decided to make a couple gallons at a time so I could stay ahead of my needs. It’s simple and quick. After 3 months I noticed some distinct improvement in my varicose veins that I’ve had for years. In the past some of my varicose veins were so bad that I had a medical procedure to clear certain areas. Nothing before had helped the veins so this dramatic improvement not only got my attention, but I had to give structured water the credit. I realize that technically this isn’t proof of anything, but my diet, exercise and lifestyle didn’t change. In fact, during this time my stress level was actually higher than normal. Now, after 6 months of improved hydration drinking the dynamically enhanced structured water, the bulging in my varicose veins is dramatically diminished. This is very important to me because when the blood in varicose veins “pools” the situation is progressive. Now my veins are completely stable and I’m delighted.  I highly recommend the use of structured water. 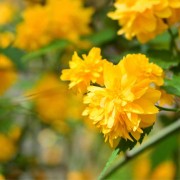 When our SW unit arrived I was excited to “put it to the test” right away. It came highly recommended and I wanted see for myself just how legit this type of technology is. At the time I was drinking a glass of raw milk from the Coop (legal in state of WA) and noticed that it had a slight “barn or cow” taste even though it was well within the expiration date. Over years of drinking raw milk I’ve noticed this taste occasionally. The quality of the milk is fine it’s just not as sweet as usual. Hmm….so, let’s pour the raw milk through the unit and see what happens. To say I was shocked by the improvement in taste would be a real understatement. The milk was literally sweet. I couldn’t believe it but the difference was so obvious. So I immediately called my wife into the kitchen and put her through a “before structuring and after structuring taste test” but made sure that she didn’t see which was which. The dramatic taste improvement was totally obvious to her as well. We were like, “What is this thing? Incredible!”

Then we made the commitment to pour all our drinking water through the unit six times for the most benefit. At first I thought it a little tedious to do this so I decided to time exactly how long it took me to pour a pint of purified water through the portable unit six times. I was humbled by impatience when the timer said 48 seconds. Okay, I’ll do it! Let’s find out if this will do for my body what it did to the raw milk.

Continuing to experiment I decided to try structuring the sugar water I feed our local hummingbirds. I enjoy watching these amazing little creatures through the kitchen window where I strategically placed the feeder. After years of feeding hummers I know exactly how long it takes them to go through the 12 oz feeder according to the season. Ah, what the heck, I poured the sugar water through the unit six times as well. What happened next was as impressive as the raw milk trial. The hummers devoured the structured sugar water at a rate that was literally twice as fast and this continued with each new batch of sugar water. It was a stitch. They went bonkers for this “new” sugar water. Obviously they thought it was better and I don’t think they read the literature.

A month of so later I noticed that a patch of eczema on my arm was much better and now as I write eight months later it’s gone.

So, we bought a shower unit and a garden unit. The difference the shower unit makes has completely impressed my wife and I. It’s just so obvious how nourishing it is to hair and skin. We bought the garden unit to fill our hot tub in addition to spot watering the garden. The difference in the hot tub is dramatic. Furthermore, I now use half as much 35% hydrogen peroxide in the hot tub as I used to, and 35% hydrogen peroxide is expensive.

We are beyond pleased with all of our experiences using SW. My wife and I highly recommend SW. Have some fun with it. Put it to the test. 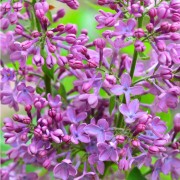 I love the taste and nutrition of certified raw milk, but I stopped drinking it because it didn’t agree with me. (In other words, I experienced unpleasant, uncomfortable intestinal gas). After Jim had such good results with milk, I decided to see if my digestion improved with structured milk and I poured the milk though our portable six times. I could hardly believe it but I didn’t experience any gas at all after structuring the milk, nor have I again in the last eight months.

As one who deals with energy issues, I’m happy to say I’ve experienced significant energy improvement, even energy surges at times. I usually structure six times or more and I noticed better energy as soon as I started drinking SW. Over time I could tell that my hydration was also improving because I naturally began drinking less water. Historically, I would drink lots of water and then take many trips to the bathroom. Structured water is proven to increase cellular hydration and my experience supports this.

UPDATE: It’s been three years since I’ve been drinking and showering with SW. I continue to appreciate it’s many benefits, especially the draw to drink tasty, satisfying water and the improvement in the health of my skin. I’ll always have sensitive skin but several long standing rashes are completely gone along with my dry, itchy skin. However, I’ve been taking for granted the greatest benefit of drinking SW for me. Recently I drove for an hour and attended a 2.5 hour class without even thinking about finding a bathroom. WOW, better hydration for sure! Also, my sleep (very important) is less interrupted by waking up to urinate. If you are one who drinks lots of water that passes through your system quickly, I encourage you to drink SW instead. Then, give it time to prove how much it helps you. 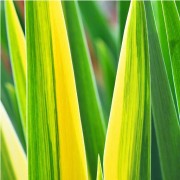 My most impressive experience with my portable unit is what it does for wine. I read that the taste of wine is improved when poured through the portable and since I make homemade wine, I was very interested to check this out. The taste of the wine I structured was not only better, it was REALLY better. When my wife came home, I gave her two samples of wine in the double blind fashion and she immediately chose the structured wine as the best. (Note: many people report that structuring improves the taste of almost all wines). 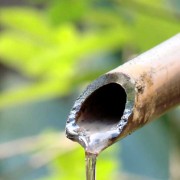 When I moved to Bellingham in 2005, I had been spoiled by many years of drinking Mt. Shasta spring water (the city’s drinking water for those who live there). The first thing that was on my mind was to get a water system installed that I could feel confident in. Fortunately, I met someone within a few days of moving that had a structured water system that I was able to experience. I put in my order that day and have been grateful to have a whole house water system that gives me revitalized water that is easily absorbed by my body. I have never regretted my decision. 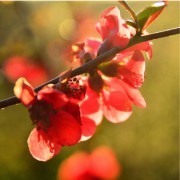 I was introduced to structured water when I asked Jim and Karen for the best water system. I had a water purifier and wanted to go beyond this to the purest water possible. That is structured water.

After installing the under the sink in the kitchen, the shower filter, and having the portable unit I noticed a difference right away. I have been a person conscious of water intake and hydration and this provides the finest hydration system possible. I like knowing each of my cells is being hydrated to full capacity. Even having good energy throughout the day I noticed increased energy especially while exercising and also quicker recovery. The shower filter leaves your skin and hair feeling very clean. I have such peace of mind knowing that my drinking, cooking, washing water is of the highest quality. I highly recommend structured water. 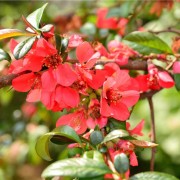 I purchased the structured water shower unit and the portable drinking water unit.  I love them both.

I live in the Midwest and my skin is always so dry in the winter that I end up using heavy creams and oils to no avail.  My skin didn’t feel hydrated so I would always be  uncomfortable.  This year we are having the coldest winter that I can remember so my skin should be a complete wreck.  However, I have been using the SW shower unit and what a difference.  I seldom need to use oil or cream on my skin.  The few times I do have an irritated patch of skin, the cream I received from Karen has taken care of them in only one or two applications.  Totally amazing.

Drinking enough water has always been a problem for me.  To drink the daily recommended amount frequently causes bloating, mood swings and crying to relieve water pressure.  This has not been my experience with the SW portable unit.   I enjoy drinking the treated water and even feel completely hydrated.

The units have been a great investment in my health and I highly recommend them.